Popular Nigerian doctor and Twitter influencer, Dr Harvey Olufunmilayo has taken to the platform to enlighten users that toilet infection does not exist. 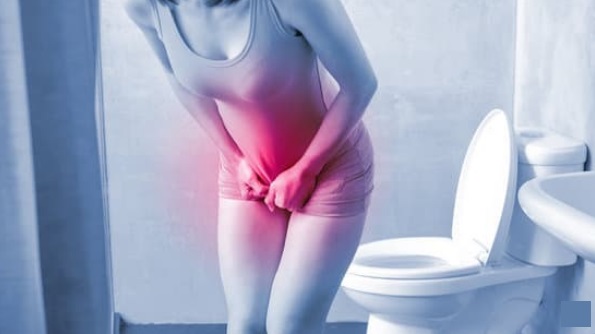 The doctor described the term “toilet infection” as a dubious term created by people who wrongly assume that toilets significantly transfer infections.

According to him, human beings invented the term “toilet infection” as a convenient excuse to hide shame of having an STD.

“There is NOTHING like “Toilet Infection”. There is NO such medical diagnosis at all.What you call “toilet infection” is usually a urine infection or an STD.The chances of you catching an infection solely from using a toilet is almost zero. ‘Toilet infection’ DOES NOT exist.

“To my knowledge, no one has ever acquired an STD on the toilet seat — unless they were having sex on the toilet seat!” says Abigail Salyers, PhD, president of the American Society for Microbiology (ASM).It is called a “SEXUALLY transmitted disease” for that very clear reason.

“You can ask your doctor. You can ask any medical student. You can ask anyone who is a professional on human clinical medicine.There is NOTHING like a ‘Toilet Infection’. It is a dubious term created by people who wrongly assume that toilets significantly transfer infections.

“What tends to happen is that a person gets a urine infection or an abnormal symptom in their private part like itching or smelly discharge and they automatically assume ‘it must be from our university toilet’. Actually IF you had a recent unprotected sex, it’s more likely that.

“Overall, “Toilet Infection” is largely a myth and there’s really no such thing whatsoever.But in a judgmental society like ours, it is better to say “I have Toilet Infection” than “I have STD”. So I understand.However, just to be clear though,’Toilet Infection’ DO NOT EXIST.

“Human beings basically invented the term “toilet infection” as a convenient excuse to hide shame of having an STD. Or as an explanation for yeast infection when they have no idea of the actual cause.We blame innocent toilets when sexual behaviour, poor hygiene etc is the cause. 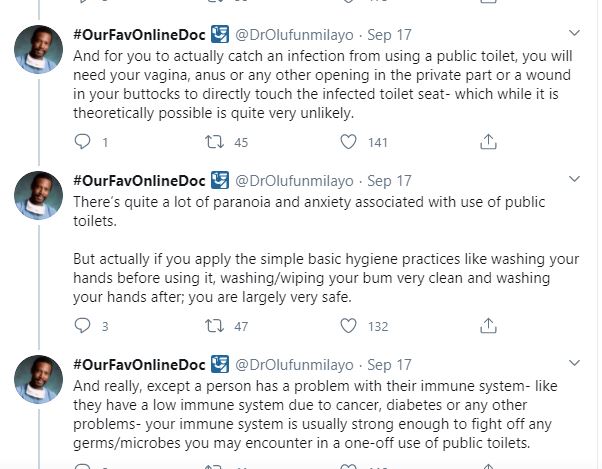 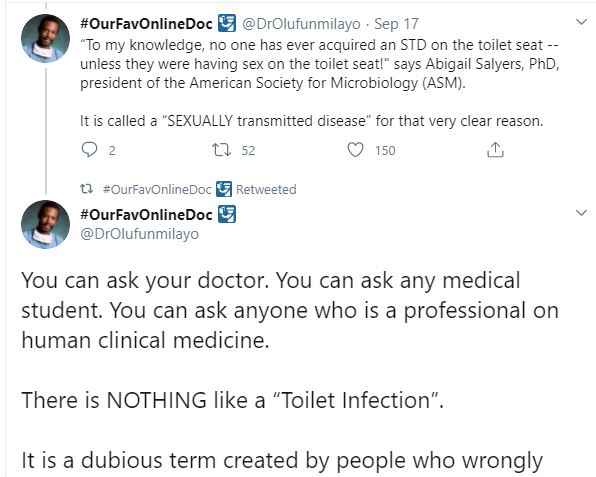 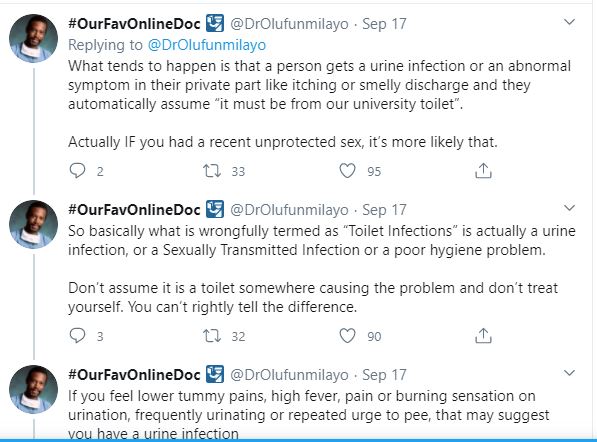 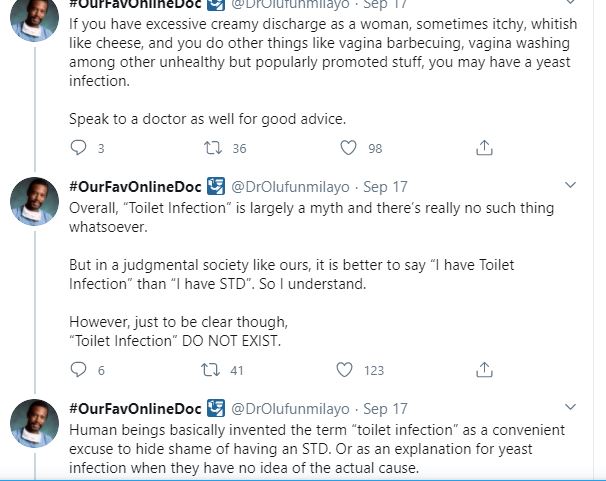 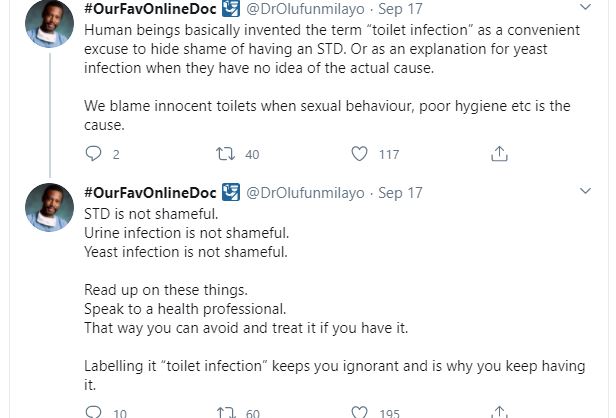 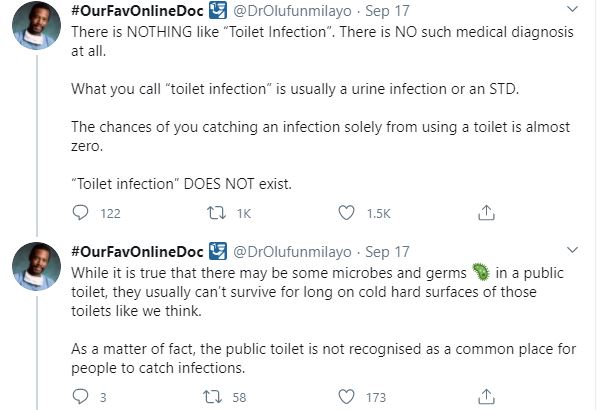 “I apologize for every action and inaction.” — Governor Sanwo-Olu apologies for yesterday’s gun attack at the Lekki tollgate #EndSARS protest